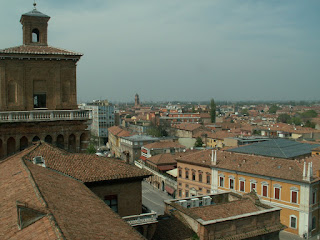 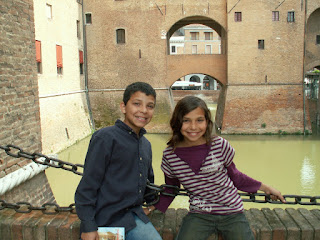 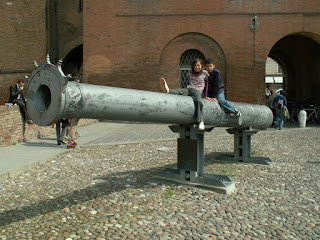 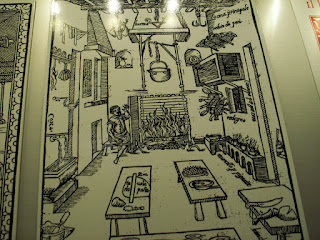 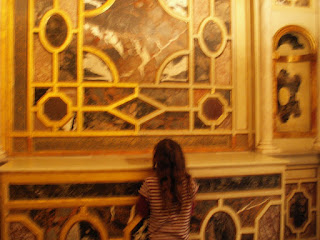 Weight of a Flame – the Passion of Olympia Morata
Truth and Fiction (part 2)
Chapter 2 –
What’s true – the description of the castle of Ferrara and the background information about Renée, Ercole, and the Duchy of Este.
Fun fact – some people asked me how to pronounce Ercole. Italians don’t have a separate “er” sound, so you just pronounce the initial “e” as a short English “e”. The accent goes on that “e”. And of course you pronounce the last “e”. Don’t worry about rolling the “r”. If you are totally frustrated, you can call him Hercules, because that’s what the name means in Italian. But then, don’t be offended if I translate your name into Italian next time I see you. All the names of Ercole’s children and tutors are real.
What’s fiction – the whole scene. I don’t know how Olympia spent the first few hours at the castle.

Chapter 3 –
What’s true – Everything the teachers said about Olympia and her talents. The poem is true. It’s also true that some women were saying she needed to forget the pen and pick up some bed sheets.
Fulvio’s suggestions on speech are from a letter to Olympia, including the Tite Tute Tati tongue-twister. By the way, my father taught me the same tongue-twister when I was a child, so I felt a strong connection there.
Olympia’s speech on Cicero’s Paradoxes is recorded and what I have quoted is taken from her actual words.
What’s fiction – Again, the scene and her feelings. We do know that she was sick just before giving the speech, so possibly the tension was there.

Chapter four
What’s true – The background story and the quote of the letter from Calvin to Renée.
What’s fiction – How the events progressed. We have no indication of a conversation between Renée and Ercole that was overheard by Olympia, of a discussion between Olympia and Anne, nor of one between Olympia and Renée on the Mass.

Chapter five
What’s true – It’s true that Calvin mediated in the marriage between Francoise and John Sinapius. All the facts about Lavinia and Paolo, and about Renée’s earlier marriage proposals are true. Olympia’s poem about nuns is by her hand. It’s true that she translated (probably with Anne) two tales from the Decameron. The whole story Curio tells here is true (according to his account of it). Her questions about prayer at the end are also true. We know she discussed these doubts with Lavinia but didn’t work hard to find an answer.
What’s fiction – again, the various scenes. For example, Curio’s tale is true, but we don’t know if Olympia asked him to repeat it for her and her friends.

Chapter 6
What’s true – The whole papal visit is true, to the smallest details. Her letter at the end, praising the duke, is also true. This type of letters led me to infer some form of denial about any negative aspects at court.
What’s fiction – We don’t know what the pope said to Olympia (if anything). We also don’t know if Olympia saw her mother and brother in the crowd.

Photos:
1. View of Ferrara from the top of the castle tower.
2. My kids on the drawing bridge in front of the castle.
3. My kids on a cannon behind the castle. I wonder if kids were allowed to do this back then.
4. A photo of a print in the kitchen of the castle. I think it’s a floor plan.
5. My daughter pretending to be Renée of France in her chapel. The lighting is bad. The marble is white and black.
6. The Castle of Ferrara, by Massimo Baraldi, Wikimedia (all the photos above are mine)